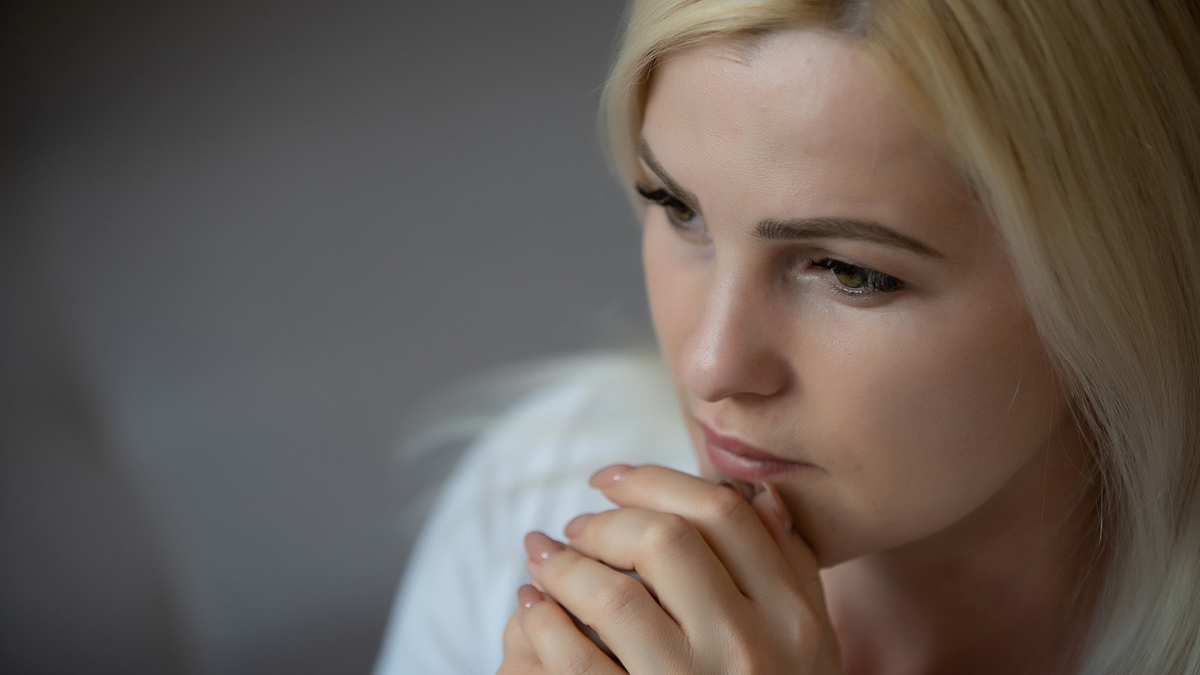 Pregnant and Scared? Women in Crisis are Never Alone with Embrace Grace

Demonstrating God’s love to women who are pregnant and scared

With Roe v. Wade overturned, the Church, now more than ever, has a unique opportunity to come alongside vulnerable women with unplanned pregnancies and show the love and compassion of Jesus. When our culture preaches death, we must lead the way of life and love.

That’s why, this year, Patriot Mobile committed to giving over $400k to pro-life, pro-love organizations which are advancing pro-life laws and ministering to vulnerable, pregnant women.

The fight over abortion has only intensified. After the Supreme Court’s Dobbs decision, several pro-abortion states vowed to become sanctuary states for abortion. In California, Governor Gavin Newsom recently signed a series of bills that protect abortion providers and limit other states’ ability to investigate abortions that are performed in California. Governor Newsom is now inviting out-of-state pregnant women to travel to California for an abortion, paid for by California taxpayers.

The enemy has a plan for these children to be killed, all expenses paid! What is the Church willing to do to save these precious children?

As a pro-life company, we want to highlight a special ministry that is showing the way in a post-Roe era. Officially launched in 2012, Embrace Grace, Inc. equips churches on how to love and support the single and pregnant young women in their communities. The ministry now has 885 groups in all 50 states and 8 countries! Its growth and impact have been phenomenal in the last ten years.

“We want every new mom and dad impacted by an unexpected pregnancy to have a church to turn to for support within their local community,” said Amy Ford, founder of Embrace Grace.

With Roe overturned, Patriot Mobile felt led by the Lord to be the title sponsor of the ministry’s annual DREAM gala this year, helping to raise over $788,000. At this year’s gala, Embrace Grace celebrated their 10-year anniversary, taking the evening to look back at all the miraculous feats God had accomplished.

That evening, we heard from several speakers, including women who were directly impacted by Embrace Grace, including Heather Lawless, Founder and Director of Reliance Ministries, a pregnancy resource center in Idaho.

“The response from the women has been incredible. They finally have a community that supports them – a tribe of women that comes alongside them, shows them their worth and value, and empowers them to be the best mom they can be.” So far, Heather has taken 168 women through Embrace Grace’s program, empowering them to be brave enough to choose life!

Bailey Jones, a young woman who found herself pregnant and alone, shares her heart-wrenching story on video. “I had nowhere to go, I had nobody,” she said at three months pregnant, after her boyfriend had kicked her out of his house. “I kept on thinking, this baby does not deserve me as a mom. This baby deserves so much better. There’s no way that I can be the mom that this baby’s going to need. I was nothing but a drug addict.”

Bailey finally broke down and called her mom, who had been praying for her to come home for years. When Bailey came home, this praying mother suggested she attend an Embrace Grace small group. Naturally, she was hesitant, not knowing whether other people could love her anymore because of her past actions. To her surprise, Bailey was welcomed with open arms.

“When you walk into Embrace Grace, there’s a whole different love there. They were like, ‘we love you and your baby, you’re a wonderful mom already, you’re so brave for being here,” she recounted. With this encouragement, Bailey finally believed she could be the mother that her baby deserved.

“So I went every week. I never missed a week. I looked forward every single week for that meeting and it’s been the most amazing experience ever,” Bailey said.

Now that abortion is restricted or banned in over a dozen states, Embrace Grace and pregnancy resource centers around the nation have been inundated with requests for help from vulnerable, pregnant women. The need is now more urgent than ever!

“Abortion can become unnecessary when the church RISES up to ignite the pro-love movement. God’s love is what changes their hearts – and it’s God’s kindness that leads them (and us) to repentance,” Amy Ford said.

We wholeheartedly agree. Patriot Mobile has been blessed to be a blessing to others and give to ministries like Embrace Grace, which is serving as the hands and feet of Jesus in the pro-life movement.

Learn more about Embrace Grace and how you can volunteer or partner with this incredible ministry!

“It is an honor to partner with Patriot Mobile to help make abortion unthinkable and unnecessary for so many women. You are an answer to our prayers!” 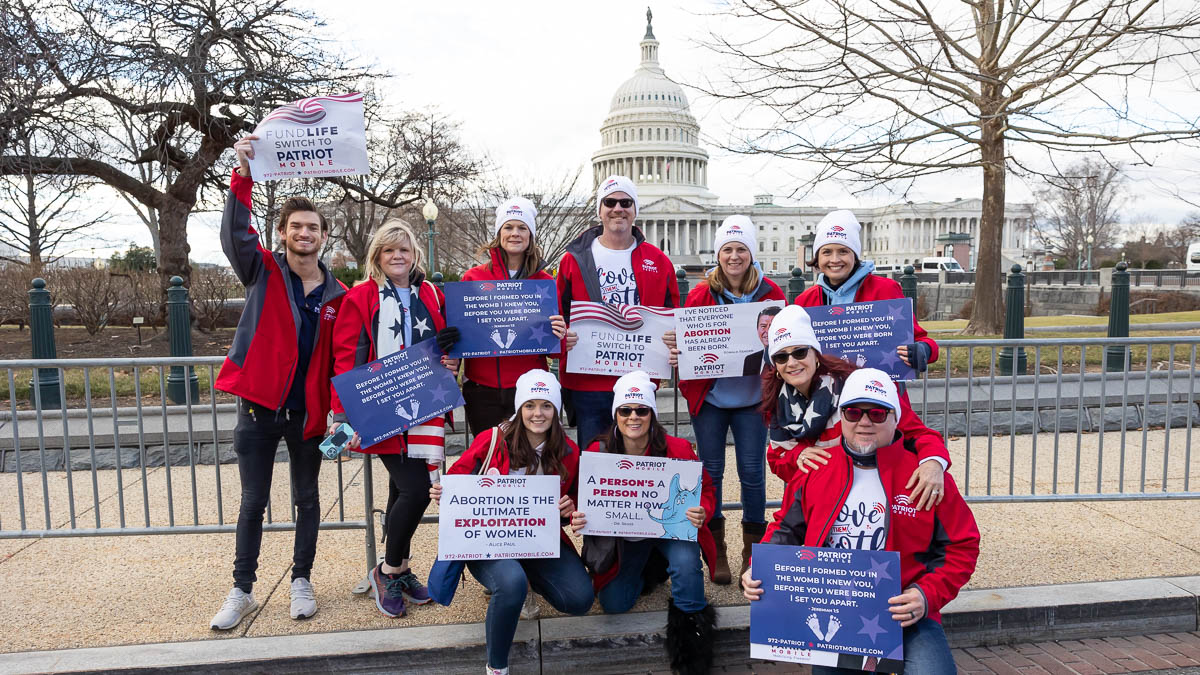 On Friday, January 20, 2023, Patriot Mobile participated in the 50th annual March for Life in Washington, D.C. — the first march post-Roe! What is the March for Life 2023? The March for Life is the largest, longest-running human rights demonstration in the world, drawing thousands of participants every year....
Read More 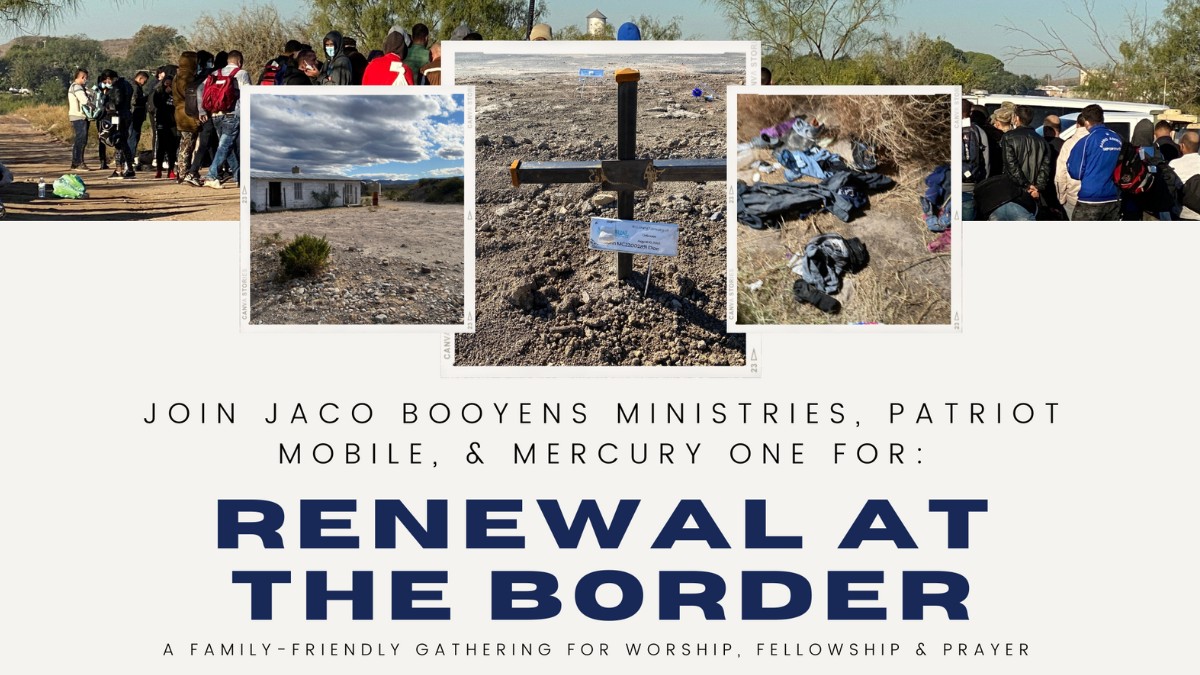 Supporting First Responders and Families at the Border

“You are about to leave Patriot Mobile’s website and enter The Swap Club site”.